With the Web servers scaling up nicely, the biggest potential bottleneck suddenly became our database. The problem is that the database is a finite resource; if too many people come and visit the site at the same time, the database will cease responding to some of them, causing a domino effect that will cause many people to get errors or timeouts.

From our perspective as developers, it looked and felt like a normal MySQL database. 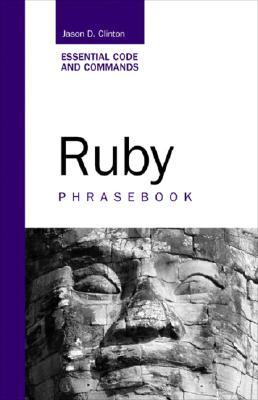 The two database servers feel almost identical, and the dump-restore cycle took a matter of minutes. Bottom line : I feel somewhat chastened; after years of telling people how much better it is to use PostgreSQL, and how master-slave fallover is probably fine for most purposes, I was pleasantly surprised to use a master-master cluster that more than suited our needs. PostgreSQL could probably have handled the load just as well, of course, but switching to a different database just before a major PR event would have been a very bad idea.

The above was a great way to get our system to work under high loads. On RLAC, we used three different types of caches. These worked together spectacularly well, improving our performance massively. Our working assumption was that we would have a number of VMs on standby in case we would need them, and that most users would look at a few pages before bouncing off of our site. But we still knew that we would need to server thousands and many tens of thousands of requests per second, many of which just wanted to see our home page while watching Shark Tank on their TVs.

Bottom line: We could have optimized our caching even more than this. But the caching was incredibly helpful. This reduces the load on our VM and nginx, and provides users with much faster retrieval speeds than we can provide. Moving things to S3 turns out to be quite easy to do; most of the image-uploading gems now available for Rails have an option to store things in S3; once we set up the appropriate buckets, this was a piece of cake.

For example, RLAC processes many photos from homeowners. That processing, and subsequent copying of images to S3, can take some time. So we have offloaded it to DJ, which runs in the background all of the time, processing images. About three days before we were supposed to switch over to Server Central, with our many VMs, we realized that Delayed Jobs expected files to be uploaded to a specific server.

That is, we had state — files on the system that DJ was going to look for, scoop up, and process. DJ uses the database, which meant that it seemed we had to choose between rewriting our app such that all image uploads would go to a single, designated server, or that we would upload to many servers, with DJ on all but the server that received the file and the database going crazy because it cannot find the uploaded file on the local filesystem.

After some discussion and a bit of panic , my developer Genadi found the answer: DJ lets you designate a queue name when the system starts up. We thus set up our DJ startup script, such that it grabbed the hostname on which it was running, and used that hostname as the name of its DJ queue. Thus, with 20 servers, we had 20 separate DJ queues, each of which was from a particular machine. But it worked beautifully, required very little configuration except for figuring out how to start up DJ with this option via our startup scripts , and pulled us through.

Bottom line : Think very hard about whether you have any extra services running that might involve state.


Finally, the RLAC system has a large number of processes that are run via cron jobs. These are crucial for the business, in that they send out reminder e-mail messages to homeowners and renters, handle credit cards, and make homeowner payments. The solution was to designate one of our servers, and to set it up to use cron.

Thus, while our servers are all on identical VMs, you could say that one is more equal than others, in that it is running a variety of rake tasks via cron to deal with system maintenance. The moment we did that which was shockingly easy to do, I must admit , I started to get reports from our cron jobs once again. Bottom line : If you have regularly scheduled cron jobs, either for system features or for maintenance e. Perhaps the most important aspect of what we did was that it was a team effort. None of us could have done this by ourselves; even on a relatively small application, there were too many types of responsibility and expertise for anyone to have done it on their own.

Communication and trust are the most important aspects of any software project, and we did well on both fronts, thanks to GitHub, Slack, weekly group phone calls, and lots of pair-programming sessions. We worked hard to get things up and running; it was a team effort, but one which paid off in spades for the company. I teach Ruby and Python to a lot of people — in formal courses, and in one-on-one pairing sessions, both online and in person.

After all, if you have objects, why would you need functional programming? The answer, of course, is that no single paradigm has all of the answers; each has its strengths and weaknesses. Understanding how to use them together can provide great benefits. As a result, I spend time when teaching both Ruby and Python on the basics of functional programming, and then the various functions and methods that each language provides in this area.

I hope that this series has been useful and interesting, and would appreciate hearing ideas for additional deep-dives into areas of Python, Ruby, or programming in general. What subjects do you find confusing? What methods do you think are somewhat useless? In other words: Our function invokes reduce, initializing it with an empty list []. If it returns False, then we add [] i.

If we again want to filter a list of numbers, such that we get only the odd ones, we can now say:. For example:. Same reduce-time, same reduce-channel!

In Ruby, we can thus say:. In Ruby, any block that you want to pass is fair game. The block takes a single parameter, the current element of the enumerable that should be transformed. Whatever the block returns is put into the output array; because nearly everything in Ruby is an expression, just about anything is fair game.

ixecaloj.ga Moreover, the output array will always consist of the same number of elements the input array. The value of each of these items will depend on what the block emits. The block should add one element to the end of an array that we have created. The element that we add to the array should be the result of invoking a method on the current element. And sure enough, we get the array of squared numbers. But as you can imagine, this implementation of map is somewhat lacking… we would really like to be able to pass a block, just as we can do with the built-in Enumerable map method.

In Ruby, we can do this very easily by passing a block to our method, and then yielding to it i. Not bad!

We can do almost exactly the same thing in Python. Register your book at informit. The Ruby Programming Language. Working with Collections in Ruby. Download the sample pages. Get unlimited day access to over 30, books about UX design, leadership, project management, teams, agile development, analytics, core programming, and so much more. Add To My Wish List. Ruby Phrasebook By Jason D. Part of the Developer's Library series.