If you think this world is heaven, then it is shocking to find how hellish it can be. But how come no one asks the opposite question? It would certainly explain a lot. But if it is, then the devil did a very bad job. It is the opposite of the theodicy question. The failure of the devil is that I still have my hope.

The devil may run the world, but I still have my heart. And I can be thankful for that, even if having hope makes it worse.


It is not a nice view of the world, but it is one that fits the facts. My wife and children, however, are still active, believing members of The Church of Jesus Christ of Latter-day Saints, otherwise known as the Mormon Church. This authoritarian, patriarchal religious organization was at the center of my life from the time I was a child. Beginning in my adolescence, I felt a growing tension between what others told me was true and what my mind and heart was telling me. Nevertheless, I lived up to the expectations of my parents, my church leaders, and other role models in my religious tradition: I graduated from seminary a four-year high school program for LDS youth ; I earned an Eagle Scout award; I went to Brigham Young University on scholarship; I served a two-year mission for the Church in France and Switzerland; I married my wife in the temple in a private ceremony for only faithful members; I served in many volunteer capacities in my local congregations; I even made my professional career as a faculty member at BYU for five years.

In my confusion and loneliness, I reached out online to various communities of Mormons going through similar faith and cultural struggles as I was. Over the course of seven years I deconstructed most of my faith in the Church, as well as my belief in God or any kind of theology. I was angry and hurting and depressed, which affected all aspects of my life.

My choice to leave the Church necessitated a career change and required that I go back to school for additional training in order to be marketable outside higher education. It took two years to process through the stages of grief for this loss of faith. Along the way I had to learn again how to trust other human organizations and how to have the courage to apply that trust in meaningful, purposeful, and productive ways again.

If God Is Love, Why Do People Suffer? -- A Christian Response to Stephen Fry On God

Along the way I found a way to honor my religious upbringing without feeling constrained by dogma or social expectation for my belief and behavior. We serve at our local soup kitchen. These have been great sources of spiritual renewal to me. I acknowledge, of course, that the LDS Church also does many good things for people in the world.


My wife, children, parents, and many of my extended family are all still heavily involved in doing good through that organization. Compared to the agnostic ex-Mormon above, this reader went through the LDS door in the opposite direction:.

Two years ago, I decided to become a Mormon. First, I went to a professional conference in college that had nothing to with religion, but I met some girls from a Catholic school and we stayed up talking all night about faith, politics, and the universe. Two weeks later, my father passed away suddenly and unexpectedly—an event which plunged my whole family into emotional and financial despair. The second turning point, years later: I had visited the churches of my friends—nondenominational, Protestant, Catholic, and more.

Yet I always got into passionate arguments with my peers and once, even the pastor over doctrine. Due to a job falling through unexpectedly and needing to find a place to live right away, I moved into a house with five roommates I found on Facebook. They happened to be Mormon. I visited their church and asked them frequently about their beliefs, which resonated with me so much that I hunted down the local missionaries and asked them to teach me. I was amazed when I told them some of the things that I believed—things that people in my previous churches said were crazy and that nobody agreed with—and they told me they believed in them, too.

Without having any Mormon friends or knowing anything about Mormon doctrine, I had still been prepared for my conversion. A final note confirming how crazy my whole experience was: When I looked up my Family History which the Mormon church is very involved with , I discovered that some of my ancestors had immigrated to the U.

I had no idea. Like our previous reader Jon , this next reader Joshua struggled between his sexuality and his church. But he, unlike Jon, left one of those things behind:. I grew up very, very Mormon. My parents are devout people, and raised me to be devout as well. I loved the Mormon Church and believed in its teachings. On some level I always knew I was queer but I lied to everyone about it, including myself.

Towards the end of high school I fell in love with my best friend, who was also very devoutly Mormon.

I felt a sense of doom, feeling that there was no possible way my life would work out in any sort of positive way. I kept my sexual orientation under wraps and left to serve as a Mormon missionary at age After I came home two years later and started to think seriously about the rest of my life, I finally began to acknowledge the truth.

I went through much of the coming out process while I was studying at the church-owned Brigham Young University. 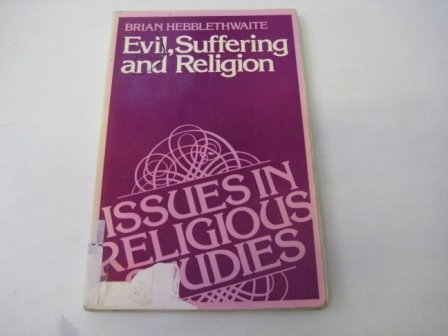 Eventually I started dating guys—something that would have gotten me expelled if discovered—and I realized that I needed to make a decision between the church and the other life that was available to me. I agonized over this decision for months. One night, I was in the church building and found myself alone in the chapel.

Being with him made me feel love and peace, not guilt and shame. I knelt down in the chapel to pray and asked God one last time if he was there and if the church was where I was supposed to be. I sat quietly for a long time, yet felt nothing. I realized then and there that I no longer believed.

I stood up in tears and ran my hand along the pews, touching hymn books, as I walked to the door. I turned around and looked back at the empty chapel, seeing everything I had grown up knowing and loving, and grieved. That grief lasted for a long time. I knew what I was doing was right, but I still grieved for the part of my life that I was leaving behind. It was like that part of me died. But a different part of me flourished for the first time. My relationship at the time ended, but shortly after, I started dating the man who is now my husband.

He also came from a very Mormon family. Together we started to build a life. I dropped out of BYU and we got an apartment together, and last year we got married. I now consider myself agnostic. I still identify with Mormonism as my heritage—it will always be where I come from—but I am no longer a member of that or any church.

My gayness definitely shaped my decision to no longer be a part of the Mormon church. For years I beat myself over my own identity. I struggled with reconciling the idea of being married to a woman but being attracted to men. How could that kind of partnership possibly be fulfilling? As I approached 25, I slowly became less and less attached to the church and its teachings. Then a remarkable thing happened: I began to be at peace with myself. I stopped attending church some time in my 26th year. The gift of gayness is realizing that, as RuPaul has put it, we are God in drag.